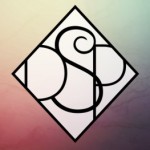 This fall, Dreamspinner Press launched a new imprint DSP Publications, that will focus on LGBTQ genre fiction. This is super exciting news, so we wanted to chat with DSPP and see what their plans are for the coming plans, as well as what does this new imprint mean for books previously published under the Dreamspinner imprint.

(And don’t forget to check out our ebook giveaway at the end!)

GRNW: It’s exciting to see the launch of DSP Publications. Why the new imprint? And how is DSPP different from Dreamspinner Press or Harmony Ink Press?

DSPP: Over time we recognized that some of the stories we’ve published through Dreamspinner Press are more strongly focused in a specific genre than on their romantic elements, and the authors would be better served by our marketing them to the appropriate genre communities. The goal of DSP Publications is to present compelling stories in genres such as mystery and suspense, science fiction, fantasy, historical, horror, and urban fantasy which feature LGBTQ+ characters but do not necessarily focus on a primarily romantic relationship.

What is the initial plans for the next year for DSP Publications?

Our production schedule for the next year is already completely booked. Some of these will be rereleases of previous Dreamspinner Press titles, such as Greenwode and Shirewode by J. Tullos Hennig or the Wolf’s Own series by Carole Cummings. There will be new books in existing series – like Andrea’s Speed’s Infected: Epitaph and Infected: Paris, as well as several more books in the Wode series. We’re also publishing new books such as Rick R. Reed’s Third Eye and John Inman’s Willow Man.

We’ve heard that DSP is targeting a more “mainstream” audience. What does mainstream mean to you?

The marketing focus is not so much mainstream as it is genre-specific. For example, we timed rerelease of the first books in the Wode and Wolf’s Own series to coincide with the 2014 World Fantasy Convention and featured advertisements in the convention materials. Similarly we will be marketing specifically to readers of mystery and suspense, science fiction, and other genres. We want to get DSPP books into the hands of readers within the appropriate genres who are not necessarily looking for romance titles.

Dreamspinner Press has really been leading the way with both translations and converting books to audio. Will we see a similar direction with DSP Publications as well?

We want to establish a base of print and eBook releases first, but yes, we do plan to offer translations and audiobook versions of DSP Publication titles over time.

We won’t lie—we’re nervous romance readers and appreciate that Dreamspinner has often labeled their books, including using the “bittersweet dream” tag to help alert readers that a work may not have an HEA or a Happily Ever After.

Will DSP Publications still be geared towards books with hopeful endings or should readers come in with an understanding that the endings may be more varied?

Because the focus of DSP Publications is not romance, it’s possible not all releases will end with a “happily ever after.” Some will continue to include an element of LGBTQ+ romance, but not necessarily every book will.

If books previously released by Dreamspinner are now being moved to DSP Publications, will there be a window when they’re not available to purchase? (I’ll use an example of a stellar book that we highly recommend, Amy Rae Durreson’s fantasy Reawakening, which we heard will be moving to DSP.)

As books near their release dates through DSP Publications, any previous Dreamspinner Press versions will be taken out of print. This will usually happen about eight weeks prior to the new release date.

Will DSP Publications be accepting submissions? (If not now, will they in the future?)

As our publication schedule is currently full for at least the next year, we are not currently accepting submissions for new titles, but we will be doing so at some point when we can realistically schedule them for release.

What books can readers get excited about for the DSP Publication’s first year? 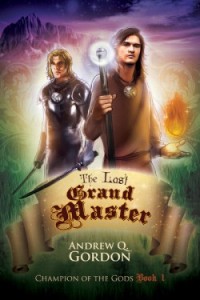 We’ll be continuing a number of existing series, such as the Blessed Epoch by August Li, Champion of the Gods by Andrew Q. Gordon, Desert World by Lyn Gala, Dreamlands by Felicitas Ivey, and Flesh by Ethan Stone.

Readers can also look forward to the Little Goddess series by Amy Lane and new urban fantasy from Rhys Ford (The Four), new horror from Rick R. Reed (A Demon Inside) and John Inman (Boys on the Mountain), a steampunk novel from Carole Cummings (Blue on Black), fantasy from Connie Bailey (The Bastard’s Pearl), and spiritual fiction from Greg Hogben (My Daughter’s Army).

Our website is live at www.DSPPublications.com and features new and upcoming releases, author biographies, news, and events. Books purchased on the site can be downloaded directly to readers’ Kindles or smartphones for immediate gratification and enjoyment.

Thank you for stopping by! It sounds like it will be a fantastic first year for DSP Publications! 😀

Leave a comment below and  you will be automatically entered into a random drawing to win a “prize pack” of new DSP Publication ebooks written by GRNW 2014 authors J. Tullos Hennig, Rick R. Reed, and Andrea Speed!

The contest will run until December 31! Happy Holidays, and thank you to DSP Publications for their generous gift!

21 thoughts on “Publisher Spotlight: What’s in the works for the new DSP Publications? (Plus Giveaway!)”