I know what you’re thinking: the holidays are over, right? Why in the world would I, or anyone be writing about holiday-themed stories now? Well, the fact is that ‘tis the season when calls go out for themed stories surrounding the big fall and winter holidays: Halloween, Thanksgiving, Hannukah, Christmas and New Year’s. In order to be ready for publication, next year’s stories will be conceived of, contracted and possibly even written in the next few months. Authors scramble to come up with an entry into the following year’s bonanza, pitching all manner of concepts to editors who are still sluggish from eggnog and bloated from gorging on gingerbread men.

Some of these ideas will turn out to be moneymakers and some will be flops. However some steps can be taken to ensure that your idea lands you in the black come next year.

No holiday is complete without food and at least one—Thanksgiving—is pretty much solely centered on food. Food in holiday stories can practically be considered a supporting character, as well as being a reliable source of tension and even conflict. Observe:

Binky stood over the range and fretted at the large, pale dead bird sitting in its disposable aluminum roasting pan. Its clammy, rubbery skin glistened. Pink blood seeped from the carcass’ neck flap.

Never before had he engaged dead poultry in its raw state and now he stood, shocked to consider that this bird may have given its life not to become the center of their feast, but to become, in his incompetent hands, inedible garbage.

Why, oh why had he agreed to cook for Brutus’ mother, Bertha?

Match the theme of the holiday

In trying to devise a new kind of holiday story, an author can be in danger of straying too far from the holiday’s central theme. Halloween without costumes or candy is just a waste of a good theme. Likewise New Year’s without the spirit of renewal is just another cold day in winter.

Scrooge, now with the Christmas program

No reader purchases a Christmas story, for example, to hear a screed about how commercial and exploitative the holiday season has become. They want to use the power of fiction to keep their own hope alive and buoy their spirits through what is a stressful time for most everyone. There’s a reason that Dickens’ A Christmas Carol is the most popular and enduring Christmas story ever written. (I mean apart from the story of the nativity of Jesus that is. 🙂 ) In A Christmas Carol, Scrooge starts out a total dick, gets schooled by ghosts and eventually gets with the Christmas program. Readers would not enjoy this story nearly so much if Scrooge started off a dick and had his actions and opinions completely validated. That story would be labeled, in technical terms, “depressing” and rightly so.

Remember to make the holiday central to the plot.

The holiday itself should be essential to the events of the story. A guy in a Hannukah tale should not just be going along and casually note that he should be eating latkes with his Bubbie and then, decide he’s too busy and continue on as if there is no societal expectation during this time of year. There is no point to including a holiday if the characters are just going to ignore it.

But the fall and winter holidays are not the only opportunity for authors who enjoy writing themed stories to try their hand at incorporating holidays into the lives of their characters. I, for one, would love to see more multi-cultural tales. Why not set a story during Epiphany? Or any of the wonderful Pre-Lenten celebrations such as Germany’s Fasching or Brazil’s famous Carnival? Or Dia de los Meurtos?

Apart from Hannukah, non-Christian holidays have been almost completely ignored. Chinese New Year would provide rich material for any writer, as would Japan’s O-bon. And what about Diwali? Or Eid al-Fitr?

Heck, even Canadian Thanksgiving could do with a story of its own

But no discussion of holiday stories in romance fiction would be complete without at least giving a nod to Valentine’s Day.

Possibly the most polarizing of all holidays, Valentine’s Day is a volatile mix of potential tragedy and dizzying triumph. Risk and reward. Expectation and disappointment. Yet all the regular rules to writing a holiday story apply. Observe: 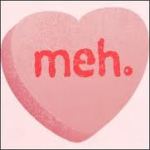 When Binky came off shift at the hospital at seven a.m. on Valentines Day the last thing he wanted to see was a dozen roses. In fact, he would have been happy to have gone red/green colorblind just to avoid having to see one more pink candy heart, balloon bouquet or any plush object embroidered with the words “I WUV U”.

Brutus rolled up in his mustang right on time and Binky flopped into the leather seat.

“I hate Valentine’s Day. It’s just a holiday invented by greeting card companies to sell products. It’s manipulative, shallow and stupid.” Binky didn’t like to rant, but in this case he felt it was warranted. “Do you know how many times I’ve seen perfectly good couples break up over disappointment of this one holiday? Not to mention the hundreds of children left outcast and valentine-less, humiliated at grade school? It’s like a holiday designed to shame and depress the singletons of the world.”

“You’re preaching to the choir, baby.” Brutus shifted into reverse and started out of the parking garage. “I’ve never celebrated Straight Pride Day before this and I don’t intend to start now.”

The pair went home, ordered pizza and avoided television for the rest of the night. The next day dawned fresh and hopeful and refreshingly free of artificially hurt feelings.

Oh, B & B, how disappointing are you two? Don’t you understand that Valentine’s Day is the day of public declarations of love? The day when physical evidence of love is presented to not only the object of affection, but to the whole world?

I’m sorry boys, but no one buys a Valentine’s Day story to read about how their two favorite characters didn’t celebrate.

But in a way B & B’s terrible scene hasn’t gone that wrong. It just needs a few tweaks to be a real Valentine’s Day story.

“I hate Valentine’s Day. It’s just a holiday invented by greeting card companies to sell products. It’s manipulative, shallow and stupid.” Binky didn’t like to rant, but in this case he felt it was warranted. “Do you know how many times I’ve seen perfectly good couples break up over disappointment of this one holiday? Not to mention the hundreds of children left outcast and valentine-less, humiliated at grade school? It’s like a holiday designed to shame and depress the singletons of the world.”

“You’re preaching to the choir, baby.” Brutus shifted into reverse and started out of the parking garage. “I’ve never celebrated Straight Pride Day before this and I don’t intend to start now.”

“Straight Pride Day?” Binky had heard men—mainly cynical ones—use this term before, but hadn’t thought Brutus would be one of them. “I don’t think that’s necessarily it.”

“Sure it is.” Brutus pulled out onto the street. “Any other day I can go out to dinner with you and we’d just be two guys who happened to be simultaneously hungry. Valentines Day comes around and suddenly we’re a spectacle.”

“Because we’re obviously on a date?” Binky found himself staring down at his folded hands, trying to grapple with the sudden surge of hurt and anger that welled up at Brutus’ words. “Are you really that embarrassed to be seen with me?”

“I didn’t say that.” Brutus stole a troubled glance to Binky.“See this is why Valentine’s Day is evil.”

“Valentine’s Day doesn’t have anything to do with this.”

“No, it doesn’t. I’d understand if you thought that Valentine’s Day was too commercialized and superficial.” Binky glared at Brutus. His lover stared straight ahead, jaw clenched, muscles working beneath the whiskers that Binky normally found handsome but today just seemed slovenly. “But I can’t believe that your reason for hating it is that you’re uncomfortable being out of the closet.”

“I’m perfectly okay with being out of the closet. I marched in the fucking Pride Parade, okay.” Brutus savagely shifted gears. “Speaking of spectacles.”

“It was hardly a spectacle, and you barely stood out from all the other buff, shirtless dudes…Come to think of it, you were basically hiding in a crowd,” Binky said, flabbergasted. “I guess I never realized it until now.”

“Nothing could be further from the truth, and you know it,” Brutus snapped.

“Then prove it. Take me to dinner tonight.”

They neared Binky’s condo now, and Binky could not help but fire one across the bow.

Brutus pulled over to side and slammed the car into park. He leaned across the bucket seat till his face was inches from Binky’s. “Are you really gonna yank my chain over this?”

“Are you really gonna be such a big chicken?”

A long, silent moment passed while they locked eyes, waiting to see who would blink first.

Brutus said, “Okay, I will. I’m going to go home, take a shower, reserve a table at the swankest, busiest, most public restaurant I can find. And I’m going to take you out.”

A gift from Brutus to Binky, the World’s Ugliest Stuffed Animal

And they’re away! In an effort to irritate Binky while proving him wrong, Brutus could arrive with trite flowers, a tacky balloon bouquet and the world’s ugliest stuffed animal. In retaliation, Binky could hire roving musicians to serenade their table. As the situation escalates, they both realize that they’re having the Best Valentines Day Date ever.

Till the terrorists show up, that is. (I mean, Brutus is a secret agent after all.) Then the tasteless gifts and mariachis can come in handy in the ensuing fight scene!

This scene provides a fresh take on Valentines Day—going out to dinner as a game of chicken—while keeping true to the spirit of the holiday as the lovers’ bond is renewed and strengthened by the end.

So I hope you’ve enjoyed Binky and Brutus’s Holiday Spectacular.

Till next time I remain,

Nicole is the author of various speculative fiction titles as well as a contemporary romantic mystery series set in the Pacific Northwest. Her first novel, Turnskin, won the Lambda Literary Award for Science Fiction, Fantasy, and Horror. She is also the editor of Blind Eye Books. Visit Nicole’s website.