Part of the 2016 Gay Romance Northwest Meet-Up Keynote, “What is your queer romance dream?” 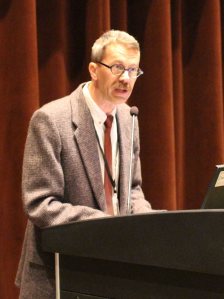 I’ve been an avid reader ever since I learned how, nearly fifty years ago. My favorite stories featured characters I could fall in love with. As a young man, I looked for people like me in the books I read. There weren’t many, and those I could find weren’t very likeable, either – more often the object of pity or ridicule. So I had to make do with characters who merely possessed traits I would seek in a mate – men who were charming, handsome, witty, and smart.

So I fell in love with Hank Morgan in Mark Twain’s CONNECTICUT YANKEE IN KING ARTHUR’S COURT, Lord Jim in Joseph Conrad’s novel of the same name, Dick Diver in F. Scott Fitzgerald’s TENDER IS THE NIGHT, and Rhett Butler in Margaret Mitchell’s GONE WITH THE WIND. None of these characters was intended to be gay by the author, perhaps, but in my mind, with the right kind of lighting and a bottle of good wine, they might be persuaded.

My favorite character, the most perfect man in all of literature, for me, is Atticus Finch in Harper Lee’s TO KILL A MOCKINGBIRD, which I read for the first time in junior high school. Atticus Finch might not be gay, but he’s not presented as decidedly straight, either. He’s intelligent, generous, compassionate, committed, loving – and single. And he needs eyeglasses, an endearing trait because we all want a weakness or two. I fall in love again with Atticus Finch every time I reread TO KILL A MOCKINGBIRD.

In my mid-twenties, I became aware that books actually existed with same-sex characters who weren’t simply comic relief or lost in the background – the flawless Charlie Mills and Peter Martin in Gordon Merrick’s THE LORD WON’T MIND, for example, or Coach Harlan Brown in Patricia Nell Warren’s THE FRONT RUNNER. Such books were encouraging, but I still hadn’t found what exactly what I wanted – an actual romantic novel with no excess baggage, just two men conquering all for love, a book where the hero could be an average guy like me, and the other hero could be Sam Elliott, and we could live happily ever after.

It didn’t occur to me until the turn of this century that I could actually write such a novel myself. In 2003, I was a major in the U.S. Air Force with 17 years of service (most of it under “don’t ask, don’t tell”), deployed to Afghanistan for Operation Enduring Freedom. At the end of the long work days, I needed something to take my mind off the war, so I started writing a short story about a closeted young lieutenant who develops a most inconvenient crush on his boss, a brigadier general hiding behind bluster, a magnificent mustache, a pipe, and a big secret. My story grew longer and longer. Thirteen years later, it has become my first novel, RANK, and it will be published in November by Bold Strokes Books. For the present, that’s a dream come true for me. But what about the future?

Everyone has heard of Harlequin Romances. The last time I checked, there were 19 different Harlequin series, over 100 new titles every month. The categories offer a hint as to the content: Intrigue, Historical, Western, Medical Romance, Suspense … some are chaste and heartwarming, others are steamy and suggestive – the heroes and heroines these days are multi-cultural and multi-ethnic, but they’re one thing I’m not: heterosexual.

I dream of a hundred titles a month catering to gay/lesbian/bisexual and transgender readers. I want to grab a gay romance mass-market paperback by the checkout stand at Safeway and RiteAid. I want gay romance novels to be shelved on the same rack as the heterosexual romances in the bookstore, not relegated to the “alternative lifestyle” section (if there IS one).

Most importantly — I’m not 35. I’m 55. The desire for romance doesn’t stop just because you leave your 30s behind. Even in our newly enlightened world, with same-sex marriage legal in the U.S. and elsewhere around the world, with military service members permitted to serve openly, and more and more rights guaranteed to non-heterosexuals, even with Amazon and Google – where I can search for (and buy) anything I want – I still have a hard time finding Sam Elliott or any older man in a same-sex romance novel.

I guess I’ll have to keep writing them myself. Thanks.

What is Your Queer Romance Dream by Alex Powell

Listen to the GRNW 2016 Keynote

Richard Compson Sater retired from the U.S. Air Force after 24 years of Reserve and active-duty service, having attained the rank of lieutenant colonel. He spent most of his career as a photojournalist and public affairs officer under the “don’t ask, don’t tell” directive that kept gay service members in the closet. He is a veteran of both Operation Enduring Freedom (Afghanistan) and Operation Iraqi Freedom. His first novel, Rank, will be published this November by Bold Strokes Books.
Sater earned a bachelor’s degree in creative writing from the University of Pittsburgh, a master’s in creative writing from Purdue University, and a Ph.D. in fine arts from Ohio University. In addition to his military service, he has at various times been a college professor, classical-music radio host, bookkeeper, bartender, and window-shade salesman. He lives in Seattle with his handsome spouse and their dog.