In 2013, Less Than Three Press started releasing audiobooks, with the fantasy novel Prisoner being the first release. We wanted to ask them about the process and what they learned during it. We talked with Megan Derr and the Less than Three crew about what the audiobook process was like for them.

(Check out the end of the interview for a LT3 audiobook giveaway!) 😀

What drew LT3 to develop audiobooks?

It was something I’d always wanted to do, mostly. I’d been hovering around the idea, and periodically looking more closely into it. We’ve been asked about them before by readers, too.

What did the process entail for LT3 to get into audio and to produce these books?

There actually wasn’t much to it. The hardest part was looking into the various options to see what was available. We landed on Red Planet Audio because they do pretty much all the work, and they’re very good at what they do. After we settled on them and signed the contract, we pretty much just gave them the books, told them what we wanted for each, and they took it from there.

What was it like choosing a voice for your different releases? Were there any difficulties in finding the “right” voice?

The voices were fun. I don’t know how the voice actors do it, but it’s crazy cool. All we do is tell Red Planet the kind of accent and all that we want, and they come up with a few samples. We listen and pick one. So far it’s been pretty easy. I heard the sample for Prisoner and went YES THAT’S PERFECT. 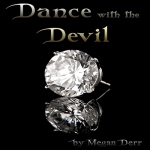 Were there any challenges that you faced during the process that you hadn’t known about before making audio books?

Only a silly one – you don’t realize how many things in fantasy you just know how to pronounce (because you made the words up) that are not as readily apparent to everyone else. So you have to come with whole lists of how certain words are said. Like ‘arcen’ in Prisoner. People often assume it’s pronounced ar-sen, but it’s pronounced ark-en. Otherwise, the only hard part was deciding which books went first.

Do you have any tips to share with authors and publishers who are considering making the leap to audio? 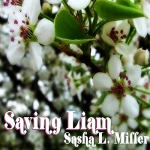 Authors – make sure your contracts give you plenty of say in the matter. You don’t want to sign over all the audio rights and then find out well after the fact that your book was put in audio and you completely hate the voice actor and they say half the names wrong. If your publisher doesn’t do audiobooks but you’d like that to be an option for your readers, make sure you retain those rights.

Investigate your options for audiobook. We went with Red Planet but there are other options out there (ACX is another good one, and allows more flexible choices). Audiobooks are expensive, but I think they’re a good option for publishers and authors. They’re increasingly popular, and people are always on the go, moving around. Not everyone has the time to sit and read, but plenty of people have time to kill on commutes and such. They’re definitely worth looking into, even with the costs. 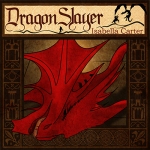 Less Than Three contributes to the Overdrive Library, which is the resource for ebooks and digital materials for public libraries across the U.S. Do audiobooks go into the Overdrive system as well?

Yep, the audiobooks are available through Overdrive. If you can’t afford/just aren’t inclined to buy, you can ask your local library to obtain them (same with the ebooks and print, and LT3 is always happy to donate to libraries that can’t afford to buy).

Are there more audiobooks on the horizon that fans can look forward to?

Thanks for the great interview, Megan! It was so cool to hear more about the process!

Leave a comment on this post and you will be in the running to win a LT3 audiobook of your choice! The drawing will be done on Sunday, March 30.

15 thoughts on “Creating Audiobooks with Less Than Three Press + A Giveaway!”